You when you’re contemplating your own life and you find yourself thinking, “What would I be like now if [That Thing] never happened?”

For me, it’s “What would I be like now if I’d grown up with parental supervision”? 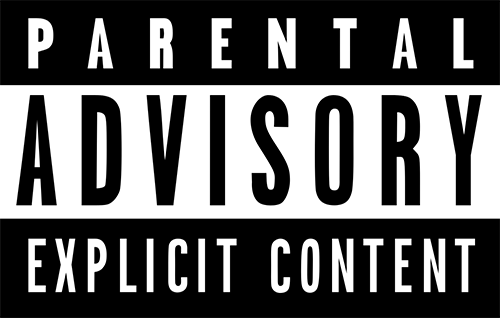 Because I pretty much didn’t. After my mother died and my much-older sister moved out, it was just my emotionally distant, hands-off father and me. (My stepmother would come into the picture soon enough, but she was even more hands-off than my dad.)

In other posts, I’ve touched on the total freedom I had as a tween and then a teenager. Mine was the first computer in the house to have internet, so my father asked my permission to use it. After my dear old Macintosh Performa died, I got a string of laptops which my father never touched, certainly never supervised my use of, and I did all manner of things with them.

I have no doubt that, without my unrestricted access to the online world of sex, I wouldn’t have come to terms with my own sexuality or accepted it so easily. I would have grown up sexually repressed, like all my friends did, not realizing that women could have orgasms too or that pulling out wasn’t an effective contraceptive method.

I wouldn’t have bought my first sex toy when I was underage, and I wouldn’t have given myself hundreds of orgasms by the time I eventually had partnered sex for the first time.

In short, I would have missed out on—or at least severely delayed—some of what I consider to be the best parts of my life.

So hopefully you’ll understand why, when someone tells me about installing Net Nanny or keeping close watch on the media their children are consuming, my first instinct is to flinch. I try to imagine what I would have done as a tween and teen with such a parent, how bored I would have been, what ways I might have chosen to act out in that boredom.

I think that’s part of why I never got into drugs, alcohol, smoking, or partying in high school—again, unlike my friends. I was too focused on fictional sex.

I find a certain amount of amusement in the fact that people like me—liberal, queer, sex-obsessed sex worker that I am—are the very reason those parents are so strict. God forbid their children grow up with such loose morals like mine.

At the same time, I recognize that not all kids would handle it like I did. Some are too trusting, not cautious or clever enough to emerge from the experience unscathed and with only happy tales to tell.

I’m not really going anywhere with this. In truth, you can’t go anywhere when you’re playing the what-if game or trying to compare your life, your childhood, to someone else’s. You can only wander, idly and aimlessly, until you get lost or bored and have to turn back.

I see the same sights every time I wander this way, yet I always come back, like I expect something to have changed or for a clear destination to have popped up since the last time.

Anyone else feel similar? What what-if questions do you often find yourself pondering?